Bollywood Superstar Shah Rukh Khan’s daughter is celebrating her 20th birthday today. The star kid is wildly popular on social media. Suhana Khan has over 800k followers on Instagram. She is currently a freshman at New York’s Columbia University. However, the budding actor returned to Mumbai before the lockdown started.

Suhana has expressed an interest in acting. She has worked in a few short films on YouTube. In addition, she was also active in stage plays during her school days. Her Bollywood debut has long been a subject of speculations. Earlier, it was rumored that Suhana Khan might be making her big Bollywood debut in Karan Johar’s SOTY 3 alongside Asim Riaz. However, the rumors were quickly dispelled by Karan Johar. She was recently seen in the short film ‘The Grey Part Of Blue’ with Theodore Gimeno.

She is currently enjoying some downtime at home with her parents and brothers Aryan, and AbRam. Meanwhile, Suhana Khan has been keeping fans entertained with her photos on Instagram. The aspiring actor recently made her private Instagram account public, giving the world an insight into her world. She often quotes her mom Gauri Khan as her photographer.

Take a look at some of her dazzling Instagram photos here: 3. “Her lips are devil red and her skin’s the color of mocha” 4. Suhana is experimenting and coming up gorgeous 6. “Make me laugh and take me dancing” 9. Ready To Take On The World Raghu Ram on losing friend Abdul Rauf to coronavirus: This will never be ok


Irrfan Khan had passed away on April 29 this year. (Photo: Sutapa Sikdar/Facebook)

Irrfan Khan’s wife Sutapa Sikdar shared a note remembering the actor after a month of his death. Sharing photos of the Angrezi Medium actor, Sutapa wrote, “‘Out beyond ideas of wrongdoing and rightdoing there is a field. I’ll meet you there. When the soul lies down in that grass the world is too full to talk about.’ It’s just a matter of time…milenge baaten karenge…. Till we meet again.”

Irrfan passed away on April 29 after a long battle with cancer.

Earlier, Sutapa Sikdar had written a beautiful note talking about her journey with Irrfan.

“It’s difficult to explain what a wondrous, beautiful, overwhelming, painful and exciting this journey has been. I find this 2 and 1/2 years to have been an interlude, which had it’s own beginning, middle and culmination with Irrfan helming the role of the orchestra conductor, separate from the 35 years of our companionship, ours was not a marriage, it was a union,” the note read.

Writer Apurva Asrani, known for writing and editing Manoj Bajpayee‘s Aligarh, came out as a homosexual on Twitter on Friday. The popular writer posted a picture of himself posing with his partner named Siddhant and wrote a beautiful note alongside. He revealed how after pretending to be cousins for 13 long years, they have finally bought their own home in the city. Apurva said he and his partner hid their identity for many years because they were asked to not let their neighbours know that they were a gay couple. Also Read – Film Editor And Writer Apurva Asrani Questions Akshay Kumar’s Eligibility For National Award After Calling Canada His Home

Apurva talked about normalising an LGBTQ family in India. Posting the picture of their apartment’s nameplate that read ‘Apurva and Siddhant’, the writer wrote, “For 13 years we pretended to be cousins so we could rent a home together. We were told ‘keep curtains drawn so neighbours don’t know ‘what’ you are’. We recently bought our own home. Now we voluntarily tell neighbors we are partners Two hearts. It’s time LGBTQ families are normalised too.” (sic) Also Read – Apurva Asrani slams Kangana Ranaut after another credit controversy with ‘Manikarnika’

For 13 years we pretended to be cousins so we could rent a home together. We were told ‘keep curtains drawn so neighbors don’t know ‘what’ you are’. We recently bought our own home. Now we voluntarily tell neighbors we are partners 💕. It’s time LGBTQ families are normalised too. pic.twitter.com/kZ9t9Wnc7i Also Read – Is Filmmaker Apurva Asrani Taking a Dig at Sonam Kapoor For Her Twitter Break? Check Out His Tweet

Apurva is a national award-winning editor who was appreciated for editing a bilingual film called Snip!. He also claimed to have written Simran (2017), directed by Hansal Mehta and starring Kangana Ranaut when the actor said she changed the entire script of the film and also got the credit of being the additional script and dialogue writer. Apurva is also known for editing Satya (1998) and Shahid (2013). He also edited Zoya Akhtar’s web-series Made in Heaven (2019).

Apurva has been one of the most significant voices for the LGBTQ community in the film industry. His approach towards bettering the world and making it more inclusive also reflects in his writing, especially in Aligarh which is based on the life of a professor who’s sacked from his job on the basis of morality after it’s revealed that he’s a homosexual.

Much of the world is currently stuck indoors due to the coronavirus pandemic that has swept the globe in a matter of mere months. The good part is, there is a lot of entertainment available in terms of movies and shows.

Thrillers are a genre where stories involve the worst of humankind: psychopaths, cannibals, serial killers and so on. In short, there’s a lot of excitement and suspense to look forward to. Here are 10 great thriller movies to watch during lockdown.

1. No Country for Old Men

Joel and Ethan Coen’s dark, brilliant adaptation of Cormac McCarthy’s iconic novel of the same name captured the spirit and essence of the source material even if it was not too faithful to the source. Javier Bardem is breathtaking as psychopathic murderer Anton Chigurh, who is entirely devoid of a conscience.

2. The Silence of the Lambs

A spine-tingling watch headlined by Sir Anthony Hopkins’ sadistic cannibalistic serial-killer, The Silence of the Lambs has elements of both thriller and horror, and straddles both to great effect.

Martin Scorsese’s adaptation of Dennis Lehane’s novel of the same name is about two US Marshals played by Leonardo DiCaprio and Mark Ruffalo, who arrive on an island that houses a facility for the criminally insane to investigate the disappearance of an inmate. The film is known for its thwack of an ending that changes the way the viewer looks at the whole story. It is an otherwise well-made film as well, with stunning cinematography, performances, background score, writing and, of course, direction. 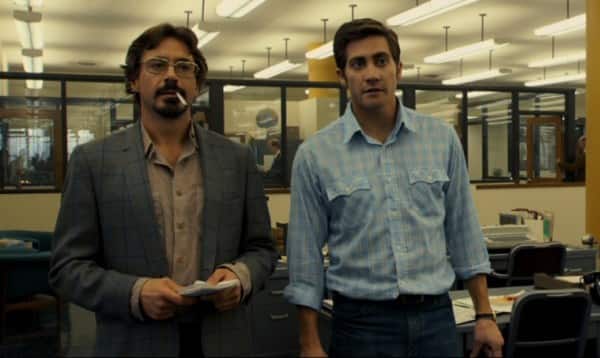 A David Fincher directorial, Zodiac was based on the infamous serial-killer Zodiac who terrorised the citizens of San Francisco Bay Area in the 1960s and 1970s. The film starred Jake Gyllenhaal, Robert Downey Jr, Mark Ruffalo, Brian Cox and John Carroll Lynch among others. 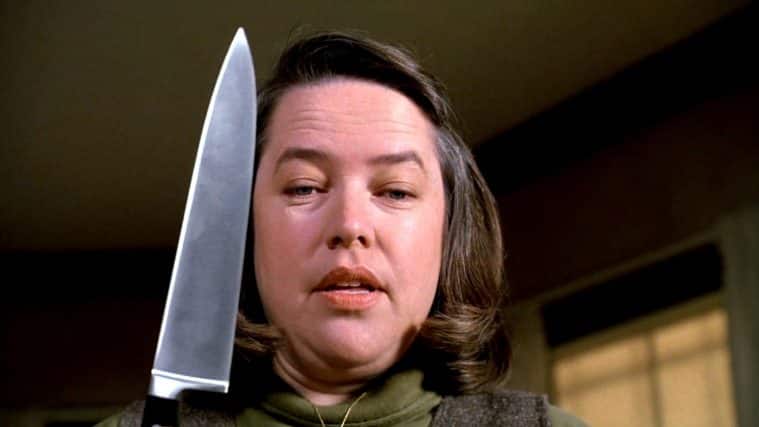 Author Stephen King based Misery on his personal nightmare that a passionate fan would abduct him and make him write what they want. The movie is arguably even better, and Kathy Bates is absolutely fantastic as Annie Wilkes, a psychotic loner.

Alfred Hitchcock’s classic remains watchable as ever. And the twist still creeps the hell out of those who have seen this movie dozens of times. 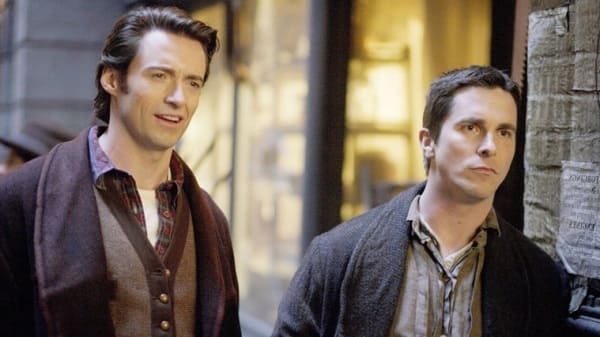 Hugh Jackman and Christian Bale in a still from Prestige. (Photo: Warner Bros)

Christopher Nolan’s last film before he became a global household name with Batman Begins, The Prestige stars two of the best ‘star’ actors Christian Bale and Hugh Jackman. Set in late 19th century London, two magicians turn from friends to bitter foes with their rivalry ending in the greatest trick of them all. 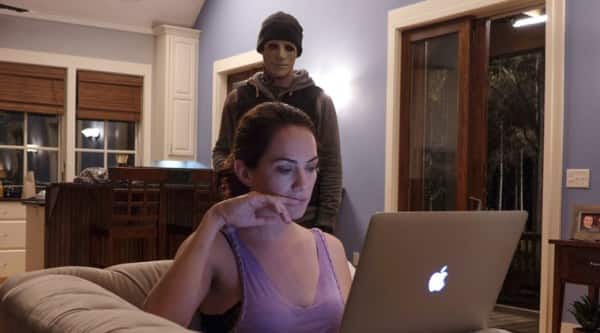 Three kids break into a blind veteran’s secluded house, thinking it would be an easy job to just go inside and pick up the cash. If the old guy wakes up, knock him cold and run away, is the plan. They are in for a really, really nasty surprise. Don’t Breathe is a thriller verging on horror.

In this relentlessly paced film, a deaf and mute author living in a remote spot has to fight a psychopathic killer. The lead actress (Kate Siegel) does a superb job in portraying the agony of a woman who has to survive alone without the two senses; she cannot hear him coming and she cannot scream for help. Director Mike Flanagan fully utilises the intriguing premise.

Ryan Gosling to Star in ‘Wolfman’ Monster Movie for Universal

What Is HBO Max?: What’s On It, How It’s Different from Netflix, and If It’s Worth Getting